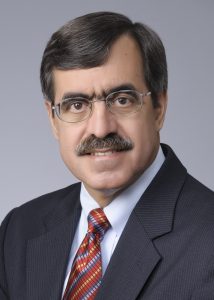 For more than three decades, the emphasis of Mr. Escalera’s practice has been labor and employment law and litigation. Initially, Mr. Escalera served with the Army Judge Advocate General’s Corps for nine years where he engaged in extensive criminal and civil litigation. Mr. Escalera was last stationed at the Pentagon where he acted as lead counsel for the Army Litigation Division defending the Department of the Army in employment discrimination suits brought by civilian employees in many states. Since 1987 Mr. Escalera has been exclusively defending private and public sector employers in labor and employment matters. Mr. Escalera has defended numerous employment discrimination and wrongful termination suits in various state courts, federal district courts, and United States Courts of Appeal. Mr. Escalera has extensive experience in class-action litigation. He is a frequent lecturer on the Americans with Disabilities Act, sexual harassment, drug testing, wage and hour law, non-compete agreements, effective hiring and management of employees, and avoiding wrongful termination suits.

Mr. Escalera received his B.S. degree in history and diplomacy from Georgetown University, his J.D. degree from Washington College of Law, American University, and his Masters of Law degree from The Judge Advocate General’s School.

In every year since 2005, Mr. Escalera has been selected to be listed in The Best Lawyers in America in the practice areas of Employment Law – Management; Litigation – Labor and Employment Law. Mr. Escalera has also been selected as a Connecticut and New England Super Lawyer®: Employment and Labor and Management Defense – Litigation in every year since 2007. In addition, he has received a peer review rating of “BV Distinguished” from Martindale-Hubbell.