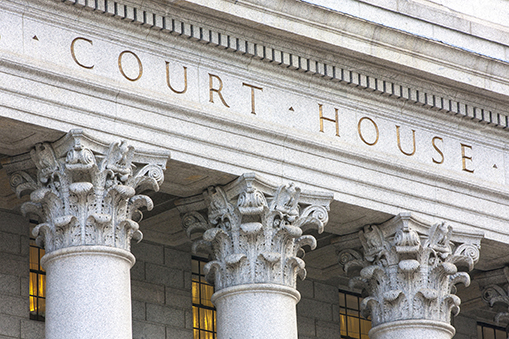 A Cautionary Note for Connecticut Employers on Workplace Discrimination

According to the 11th U.S. Circuit Court of Appeals, on occasion, many actions and not any single thing can lead to a workplace discrimination lawsuit gaining traction in the courts.

A case recently heard in the 11th Circuit Court involves a female African American police officer fired from her job by Union City Georgia when, after a recent heart attack, she refused to undergo a test requiring her to subject herself to a five-second taser shock and exposure to pepper spray.   The police department announced the new officer certification requirements after the plaintiff had been back on active duty for a year post-heart attack.

In refusing the taser and pepper spray test, the plaintiff stated she was concerned about the health implications of such tests given her history of heart disease.  Her physician agreed.

Union City proceeded to place her on administrative leave until cleared by her doctor for full duty.  Shortly after that, the city fired her for exhausting her paid leave and not filing her Family and Medical Leave Act (FMLA) paperwork, even though they had given her no deadline for submission.

The officer subsequently brought disability, race, gender, and other claims to a Georgia trial court claiming that the police department and the city had fired her for not showing up for work after she was placed on administrative leave.

While the Georgia trial court dismissed the case, the 11th Circuit has now ruled that her case can proceed because Union City acknowledged she had a disability by putting her on leave and then firing her for not completing FMLA paperwork. What’s more, the plaintiff presented “a convincing mosaic” of indirect evidence that could “allow a jury to infer intentional discrimination.”

Just what did the 11th Circuit define as a “convincing mosaic” of indirect evidence?

Here are the examples they gave:

What’s the takeaway for Connecticut employers?

Take a careful look at the list above and consider how to safeguard your workplace to avoid discrimination lawsuits in the future.

If you’re an employer and have questions about labor and employment law, including due process rights for public employees, consider calling on the attorneys at Kainen, Escalera & McHale in Connecticut.  We do one thing and one thing only – we are an employer defense law firm – in fact, we are one of the largest employer defense law firms in the region.  What’s more, each of our attorneys has over 25 years of experience in employment and labor law matters and can provide your business with comprehensive legal counsel ranging from assistance with necessary preventive measures to trial advocacy.  Please contact us if we can help you.

The information provided above is made available by Kainen, Escalera & McHale, P.C. for educational purposes only.  It is not intended to provide specific legal advice to your individual circumstances or legal questions. You acknowledge that neither your reading of, nor posting on, this site establishes an attorney-client relationship between you and our law firm or any of the attorneys in our firm. This information should not be used as a substitute for seeking competent legal advice from a licensed professional attorney in your state nor is it provided for the specific purpose of soliciting your business on any particular matter. Readers of this information should not act upon anything communicated in it without seeking professional counsel.